Treatment of Autism in Dubai

The relevance of autism spectrum disorders (ASD) to the field of neurology has a rich history, but recently there has been a growing focus on neurological comorbidities in ASD and their implications for prognosis, treatment, and the elucidation of aberrant underlying neural circuitry. Here I will discuss three neurological comorbidities: motor impairment, sleep disorders, and epilepsy. Motor impairment

The appreciation of motor impairments in ASD dates back decades. In 1978 and 1982, Antonio Damasio and Ralph Maurer wrote seminal papers in Archives of Neurology and Journal of Autism and Developmental Disorders addressing this issue. Applying a localization model to their clinical examinations, they argued that the motor deficits seen in children with autism pointed to a dysfunction in specific cortical neuron circuits

The identification of early motor deficits holds particular clinical relevance, as early oral-motor skills and motor imitation have been shown to predict language acquisition in infants with ASD

The only motor deficit included in the diagnostic criteria for ASD is the presence of repetitive behaviors, or stereotypies. While traditionally viewed as “self-stimulatory,” there has been a growing appreciation for the fact that these likely represent an involuntary movement disorder.

Gait abnormalities have been extensively reported in children with ASD, including toe-walking, ataxia, variable stride length and duration, incoordination, postural abnormalities in the head and trunk, reduced plantarflexion and increased dorsiflexion

Sleep impairments range from 44 to 83% depending on the target population, assessment tools, and definition of sleep impairment. Sleep disorders are reported to be more common in ASD than in other childhood neuropsychiatric disorders, such as ADHD, anxiety, and developmental delay. The primary sleep disorder in ASD is insomnia. Treatment of sleep disorder leads to a significant improvement in cognitive and conduct disorders seen in autism.

The presence of epilepsy in ASD has been known since Kanner’s first reported cases in 1943.In the past several years there has been a growing interest in the mechanism by which the two co-occur and the insight into the etiology of ASD that can be gained by understanding the role of epilepsy in the disorder. The prevalence of epilepsy in ASD is approximately 30%.There is a very clear association between cognitive impairment and epilepsy in ASD. This association is particularly robust in children with ASD in the setting of Tuberous Sclerosis Complex (TSC). The incidence of paroxysmal EEG abnormalities in ASD is even higher than epilepsy. A recent large retrospective study of 1014 children with ASD reported abnormal EEG discharges in 85% of children, with the highest incidence of spikes in children with intellectual disability. Currently we the neurologists are seeking answer to a critical question: “Do electroencephalographic abnormalities correlate with autism?” This question holds particular relevance to the potential for pharmacotherapy aimed at spike suppression to alter the developmental trajectory that would otherwise lead to ASD.

Treatment of Autism in Dubai

It has been proven by the recent scientific studies that not only the treatment of epilepsy but also the suppression of frequently observed electroencephalographic (EEG) abnormalities leads to a significant improvement in the autistic behavior of these children. Hence,if you know a child with features of autism please do visit www.bestneurologistdubai.com or make an appointment to see me in person. 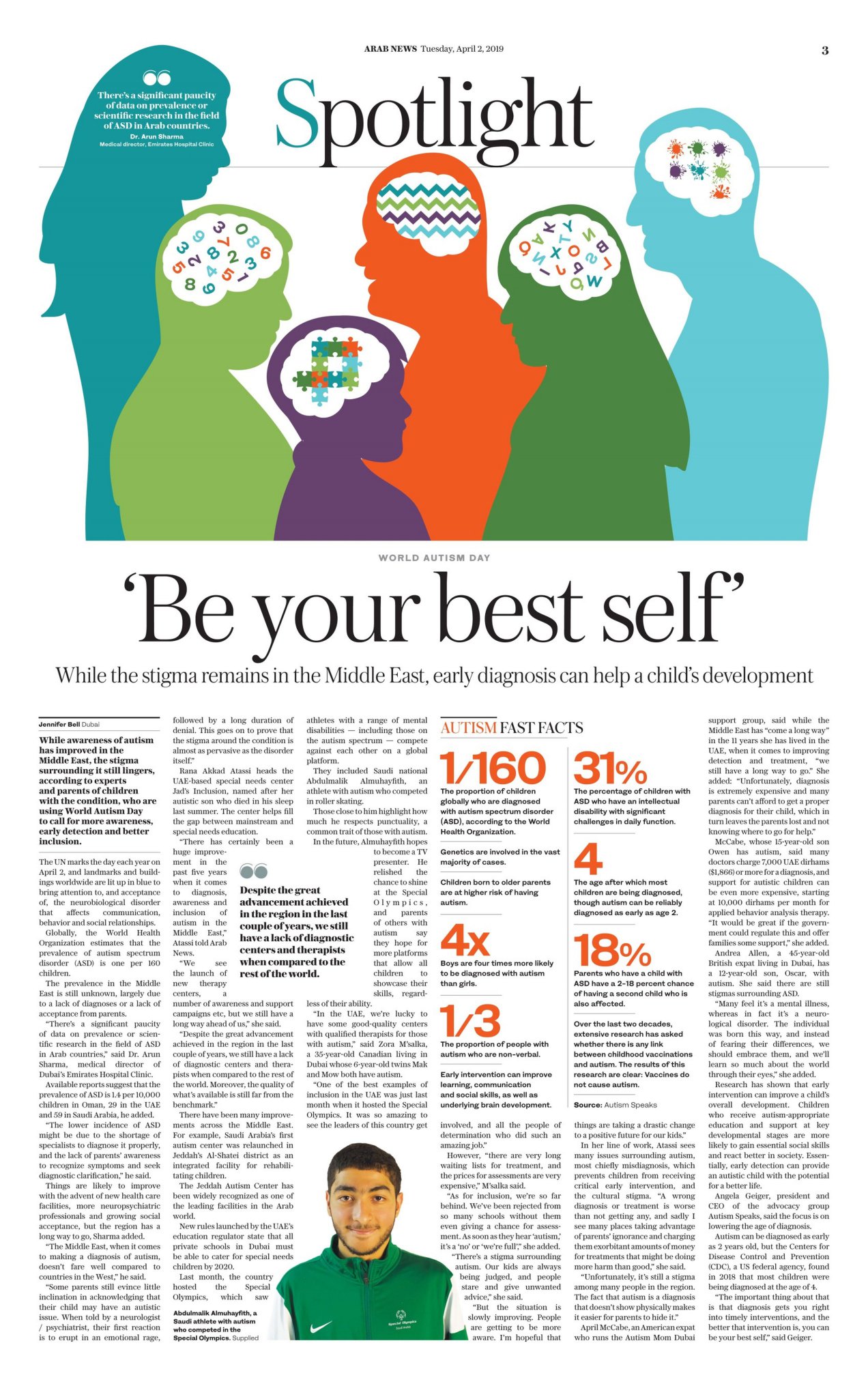